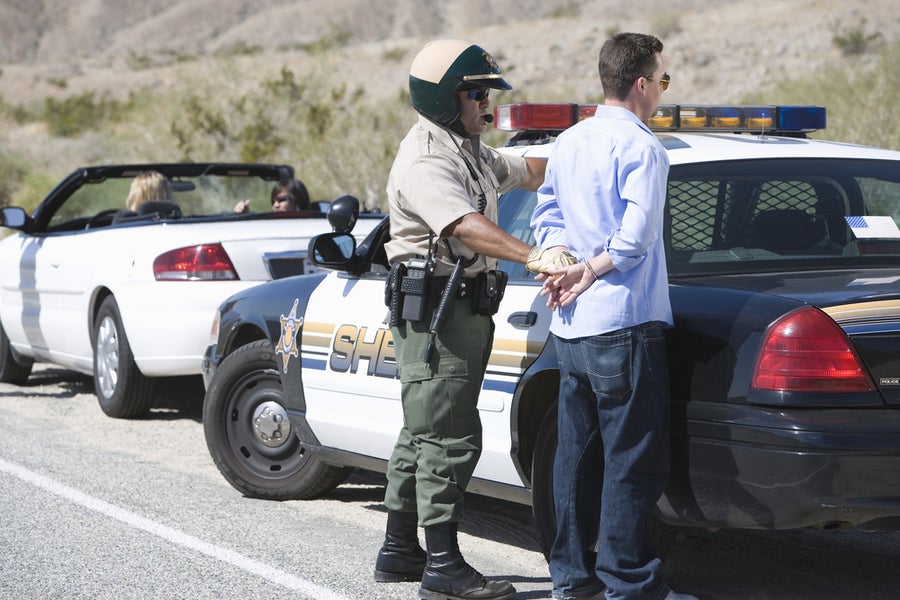 It is illegal in the state of Kansas to drive a vehicle while under the influence of alcohol and/or drugs. If you are stopped by Kansas law enforcement, you will be arrested for DUI if your BAC (Blood Alcohol Content) is .08% or greater.

However, if you are a commercial driver or a minor, the standard is lower. A commercial driver will be charged with DUI if found to have a BAC of .04% or greater and a minor could be arrested with a .02% BAC or greater or if the evidence suggests the driver is incapable of safely operating a vehicle.

What are the Penalties for DUI in Kansas?

According to Kansas state law, a first offense DUI is considered a Class B nonperson misdemeanor. If convicted, you will face the following penalties:

Also, you must serve at least 48 consecutive hours' imprisonment or 100 hours of public service either before or as a condition to any grant of probation or suspension, reduction of sentence, or parole. Further, you will most likely be ordered by the court to attend an alcohol/drug program.

In addition to the penalties listed above, you may also be faced with further punishment if you refuse to submit to a breath test. If this is your first DUI test refusal, you will be charged with a Class A misdemeanor that may result in the following:

Like Kansas, Missouri also has strict laws related to DUI. Notice that in Missouri, the offense is called DWI (Driving While Intoxicated), rather than DUI.

Penalties in Missouri for DWI

A first offense DWI in Missouri is considered a Class B misdemeanor. If charged with this offense, you will face penalties including:

You will likely face driver's license suspension as well. Generally, you will be sentenced to a 30-day license suspension with a 60-day restricted driving period following the suspension. Take note that if you are under the age of 21, your license will be suspended for 90 days. Further, Missouri law requires all individuals convicted of DWI to complete the Missouri Substance Abuse Traffic Offender Program (SATOP) before having their licenses reinstated.

There are many laws relating to DUI/DWI in both Kansas and Missouri. Penalties and fines will vary depending on the severity of the offense and whether you have been previously convicted.

If you have been arrested for DUI/DWI in Kansas or Missouri, it is important to work with an experienced defense attorney who understands the laws and will help you to achieve the best possible outcome in your case. You deserve to have a strong advocate fighting for you!