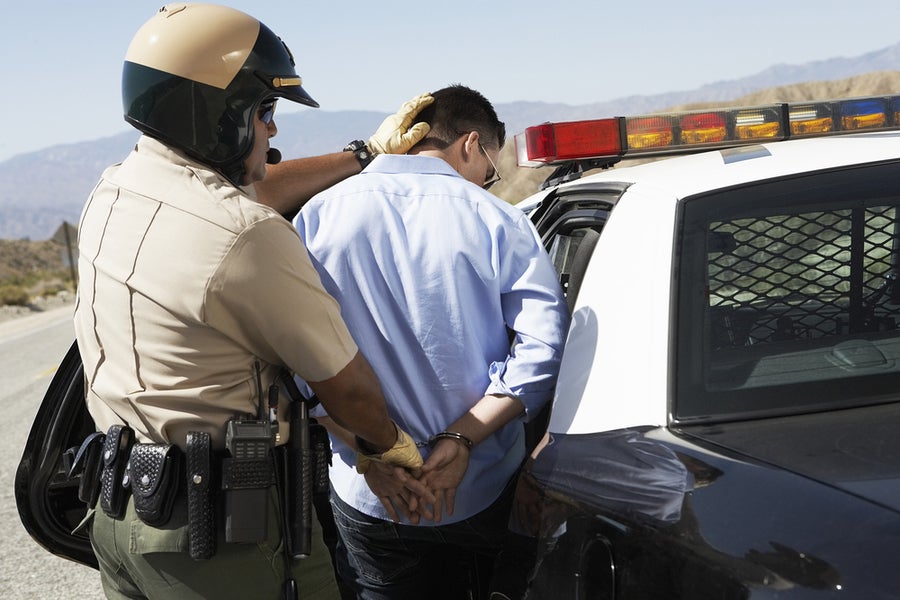 When an individual acts in such a way that interferes with a police officer's duties, that individual may be charged with violating state law. The specific offense will vary depending on your state, but no matter the state, you could be facing some significant penalties.

(A) That a particular person has committed a crime, knowing that such information is false and intending that the officer or agency shall act in reliance upon such information; or

(B) any information, knowing that such information is false and intending to influence, impede or obstruct such officer's or agency's duty;

(2) concealing, destroying or materially altering evidence with the intent to prevent or hinder the apprehension or prosecution of any person; or

(3) knowingly obstructing, resisting or opposing any person authorized by law to serve process in the service or execution or in the attempt to serve or execute any writ, warrant, process or order of a court, or in the discharge of any official duty.

Penalties for Interfering with Law Enforcement in Kansas

In the state of Missouri, there is a similar crime known as resisting or interfering with arrest. In Missouri, an individual will have violated this statute if he or she resists or interferes with an arrest, detention or stop and the individual knows or reasonably should know that an officer is making an arrest or attempting to lawfully detain a party and proceeds to prevent the officer from effecting the arrest or stop.

This is deemed to have occurred when the individual:

(1) Resists the arrest, stop or detention of such person by using or threatening the use of violence or physical force or by fleeing from such officer; or

(2) Interferes with the arrest, stop or detention of another person by using or threatening the use of violence, physical force or physical interference.

Penalties for Interfering with Law Enforcement in Missouri

If you have been charged for interfering with law enforcement or resisting arrest in either Kansas or Missouri, take a moment to consult with a local and experienced attorney who understands the laws in your state and will help you to receive the best outcome possible in your case.