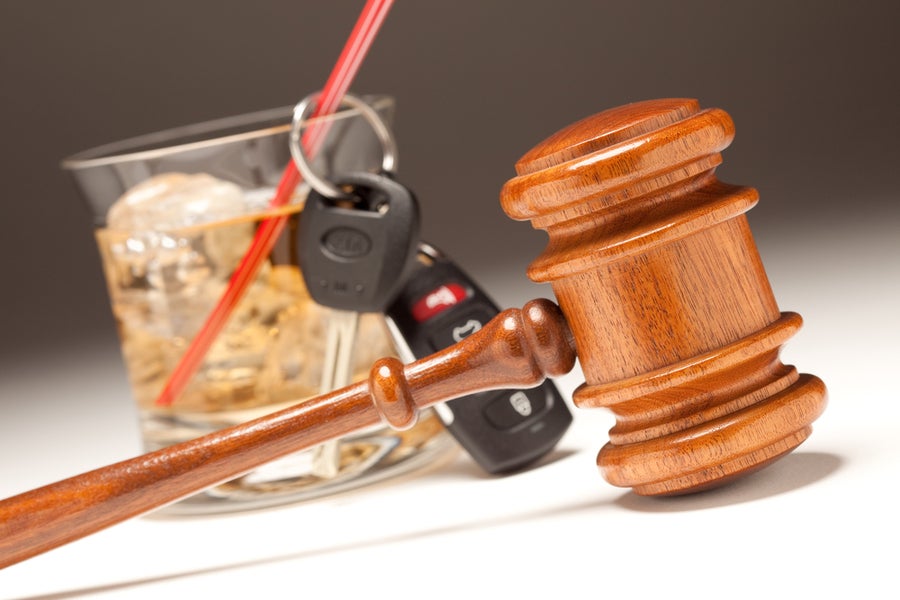 In Kansas, the length of suspension depends on the breath test result. Tests over .15% will result in longer suspension periods. Other factors considered are prior alcohol contacts and prior non-alcohol related suspensions.

Refusal to Take a Breath Test in KS

An individual may face license suspension if he fails to submit to a breath test after being stopped for suspicion of DUI. In addition, a driver will have a restricted license after the suspension is complete. Driving privileges are restricted through the use of an ignition interlock device. Here, the length of the restriction will vary depending on whether the individual has refused the test in the past:

Similar to Kansas, those convicted of DWI related offenses in Missouri will also face penalties which include fines, jail time, and license suspension. Here, too, the penalties may become more severe depending on the charge and if there have been previous convictions.

License Suspension in MO After DWI

If a Missouri driver is convicted of DWI he will face license suspension and restrictions. Driving privileges are restricted through the use of an ignition interlock device.

In Missouri, a first-time offender may apply directly to the state for a limited driving permit (LDP) after 90 days of the one-year suspension. The driver will be required to submit an SR-22 form of insurance before a permit will be issued.

What Happens if You Refuse to Submit to a Breath Test in MO?

In regards to license suspension, a refusal to submit to a breath test in Missouri will result in a one-year license suspension. The length of suspension will remain the same whether or not this is your first refusal. Once the one-year suspension is complete, the individual is required to install an ignition interlock device in the vehicle for six months.

Both Kansas and Missouri follow implied consent laws. These laws state that if you are lawfully arrested by an officer who has probable cause to believe that you are intoxicated, you are required to submit to a breath test.

Generally, it is believed that an individual consents to this test in exchange for possessing a license in that state and utilizing state roadways. A driver is still permitted to refuse such a test, but as you can see above, the penalties for refusing are harsh.

Legal Representation in Kansas and Missouri

There are many details and nuances involved with DUI/DWI laws. If you have been arrested in either Kansas or Missouri, it is best to work with a seasoned DUI/DWI defense lawyer who will make sure that your rights are protected.