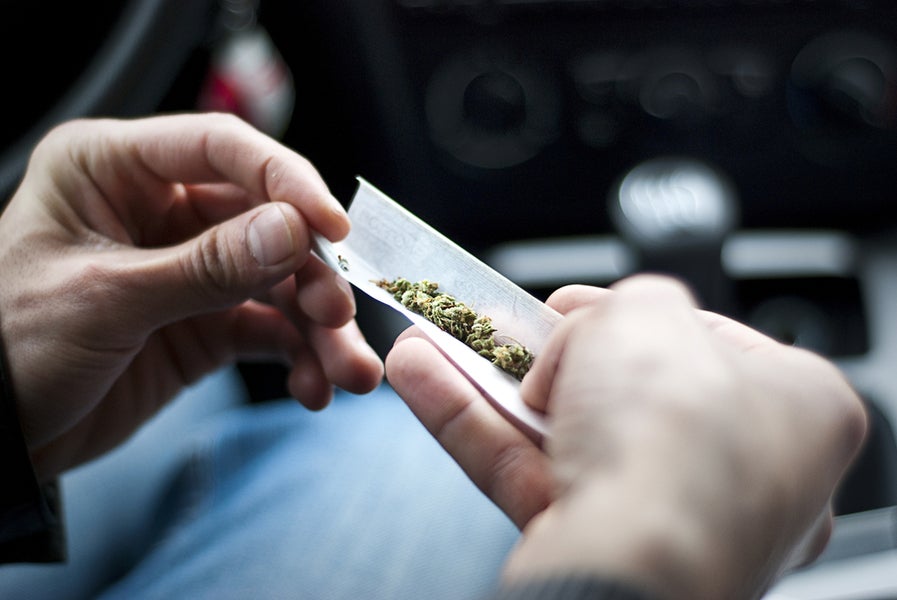 According to Kansas statutes, it is illegal for individuals to possess certain drug precursors and drug paraphernalia. Possession of marijuana (for personal use) includes having control over the drug for purposes other than distribution of the drug to others.

If an individual is found to have violated this statute, he or she will typically be charged with a misdemeanor or felony depending on whether the individual has been convicted of the offense previously. A first and second time conviction of possession of marijuana is considered a Class A misdemeanor. This is punishable by a $2,500 fine and a jail term for as much as one year.

If this is the individual's third conviction for possession of marijuana, then it could be charged as a level five felony.   A felony conviction can lead to a prison sentence of 10-42 months in jail and a high fine depending on the circumstances involved with the arrest.  As the marijuana laws become more relaxed in the "personal use" context, many states, like Missouri, have chosen not to prosecute marijuana cases that fall in the "personal use" category.  Most of these offenders are harmless are are not using for profit and/or business purposes.

If an individual violates this law, and is in possession of not more than 35 grams of marijuana or any synthetic cannabinoid, he or she will be charged with a Class A misdemeanor. This offense is punishable by a fine for no more than $1,000 and up to one year imprisonment.

If the individual is found to be in possession of 35 grams to 30 kilograms, this is considered a Class C felony and is punishable by a fine for as much as $5,000 and up to one year imprisonment. If the possession amounts to 30 to 100 kilograms, it is considered trafficking and will be charged as a Class B felony. Here, an individual faces a fine for an amount between $5,000-$20,000. An individual will be charged with a Class A felony if the amount of marijuana in possession is more than 100 kilograms. A Class A felony is punishable by a fine for an amount between $5,000-$20,000 and a minimum of 10 years in prison.

UPDATE: As of November 13, 2018, the Jackson County prosecutor will no longer file charges for simple Marijuana possession in response to the overwhelming vote in support of Amendment 2 that legalizes medical-use marijuana.  This policy change is long overdue and welcomed by those who use marijuana in a responsible manner.

If you have been arrested in Kansas or Missouri on charges of marijuana possession, do not hesitate to contact the McLane Law Firm. Mr. McLane has experience in both states and has worked with many clients facing drug possession charges. Drug charges can lead to severe consequences especially in the employment and academic recruitment areas.  Public and private universities will consider a background report when reviewing college entrance applications.