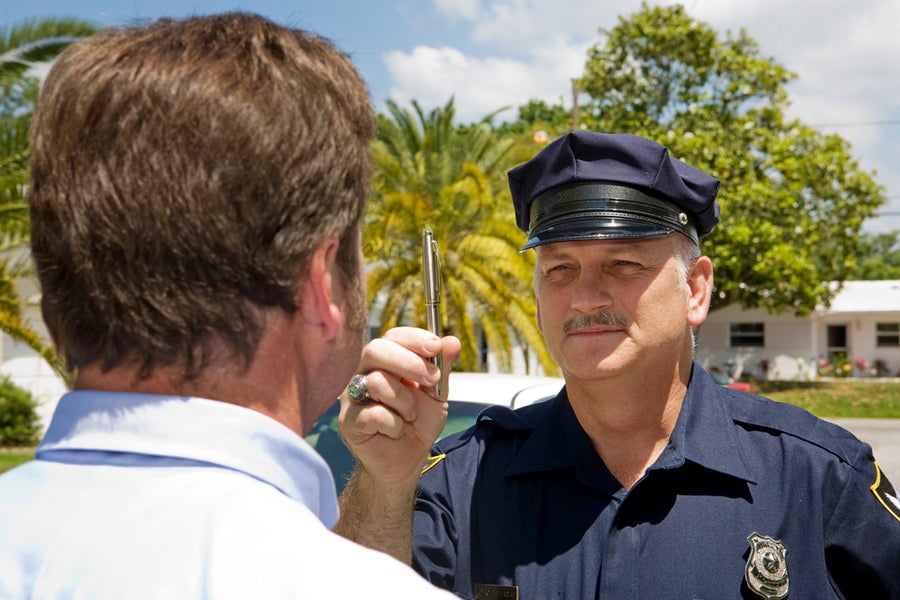 HGN Testing in Kansas and Missouri

The Horizontal Gaze Nystagmus (HGN) test is used to evaluate a driver's level of intoxication. It is one of the three standardized field sobriety tests in use throughout the country. HGN, along with the One-Leg Stand and Walk and Turn, has been certified by the NHTSA (National Highway Traffic Safety Administration).  However, Kansas courts do not consider this test reliable due to the scientific nature and strict requirements in the administration of the test.  For instance, an officer's sensory perceptions, such as the strength of the alcohol odor or the condition of the driver's eyes, are subject to an imprecise personal opinion. Moreover, that subjective assessment might be influenced by the subsequent discovery that the driver failed the PBT. Indeed, the California study on the HGN test discussed in State v. Witte frankly reported that “ ‘the cops fudged the horizontal gaze nystagmus determination to correspond with the already known correct answer determined by the breath test result.'   For this very reason Kansas courts will not consider evidence of the HGN testing.  See also City of Wichita vs. Molitor, 301 Kan. 251 (2017).

Nystagmus is the involuntary jerking that occurs when an individual's eyes move from one side to the other. HGN is often used as a method of testing intoxication levels because alcohol consumption will generally cause eye jerking to become less smooth and more evident.

The test itself is very easy to administer. According to NHTSA guidelines, the officer must administer the test in a way that ensures that the driver's eyes can be seen clearly. It is important that the driver is not facing traffic or the lights of the police car because that can lead to inaccurate results.

The officer is supposed to inform the driver that he will be checking the driver's eyes before the test begins. The driver is then instructed to remove eyeglasses or is asked whether he is wearing contact lenses. Glasses or contacts should not affect the results, but is easier for the officer to observe the eyes without them.

Next, the officer must ask the driver if he suffers from any medical impairment. Certain medical conditions prohibit the driver from participating in the test or will lead to false results.

The test itself is administered by the officer directing the driver to follow a pen (or similar item) back and forth, side to side in front of the driver's face. At this point, the pen is positioned about one foot away from the driver's face and allows for the officer to observe eye movements.

What are the Intoxication Clues that KS & MO Officers Look For?

During the evaluation, the officer will be looking for six distinct clues (three in each eye) related to the movements of the eyes:

There are many issues related to HGN and the test can often lead to inaccurate results. If you were charged with DUI/DWI after participating in an HGN test, contact an attorney as soon as possible. The proper attorney will advise you on your options and will ensure that your rights are protected.